Back to top
Newsletter
Air Pollution and Climate Change

At the first WHO Global Conference on Air Pollution and Health in 2018 WHO Director General Dr. Tedros Adhanom Ghebreyesus called air pollution a “silent public health emergency”. Approximately 7 million premature deaths annually are due to the effects of air pollution, about 4 million of which are due to ambient (outdoor) air pollution. Beyond shortening lives, air pollution can negatively impact our day-to-day lives, causing respiratory illness and leading to days of missed work and school. Children are especially vulnerable to the impacts of air pollution: exposure to air pollution in early childhood, when the lungs are still developing, can lead to reduced lung capacity that persists through adulthood.

Methane (CH4) does not have any direct human health effects in the sense that inhaling typical ambient concentrations of methane is not harmful to human health. However, methane has a very important indirect human health impact, because it is a precursor to ground-level ozone (O3, also known as tropospheric ozone), which causes asthma and other respiratory diseases and contributes to air pollution-related premature deaths. Ozone also damages plants and leads to USD 11–18 billion worth of crop losses each year.

To reach the Paris Agreement goal of limiting warming to 1.5 (or even 2) degrees Celsius, rapid reduction of CO2 emissions is absolutely necessary, but will not in itself be sufficient. The IPCC special report on the impacts of global warming of 1.5 °C stresses that deep reductions in emissions of non-CO2 climate forcers, particularly the air pollutants methane and black carbon, are also crucial. And while the decarbonisation of the economy will generally reduce emissions of both CO2 and air pollutants, pursuing the phaseout of fossil fuels is not enough – for either air quality or climate. First of all, emissions from additional sectors are also important: for instance, methane and black carbon emissions from agriculture have important health and climate impacts, and emissions of coolants (particularly hydrofluorocarbons, or HFCs) from the cooling sector are especially potent climate warmers. Second, it is important to consider both CO2 and air pollutants when designing and selecting climate and air quality measures in order to ensure that the desired benefits can actually be achieved. Some technologies that are promoted as climate-friendly – combustion of biomass and other biofuels for home heating or transport, for example – may emit more particulate matter, including black carbon, than the technology it replaced, and thus continue to harm human health and potentially warm the climate.

If we are to achieve the goals of the Paris Agreement, then emissions of other climate drivers such as methane, black carbon, and ground-level ozone must be reduced alongside carbon dioxide. These reductions would benefit the climate and foster sustainable development by delivering better health outcomes through improved air quality, preventing crop losses, and ensuring that we avoid climate tipping points that would exacerbate long-term impacts and impede efforts to adapt to climate change.

Aside from contributing to limiting global warming, strong reductions in methane, black carbon and ground-level ozone have other key benefits for sustainable development: they protect health and avoid premature deaths by improving air quality; they prevent millions of tonnes of crop losses yearly; and they can prevent the climate from reaching tipping points that can exacerbate long-term climate impacts and make adapting to climate change harder, especially for the poor and most vulnerable. By acting on climate and air pollution together we have the opportunity to take advantage of synergies between the Paris Agreement climate goals and the UN Sustainable Development Goals to improve lives now and limit future climate warming.

Air Quality Modelling for Policy Advice (AQ) does basic scientific research to understand the effects of emission sources on ambient levels of air pollution and its associated impacts. The primary methodology is numerical modelling, and a special focus of the group is long-range transport of ground-level ozone. The group participates in the Task Force on Hemispheric Transport of Air Pollution, which provides science-based advice to the Convention on Long-Range Transboundary Air Pollution.

ClimAct examines the potentials and limits of an integrated approach to air quality and climate in the context of the Paris Agreement and Sustainable Development Goals, in particular via its participation in and study of the Climate and Clean Air Coalition (CCAC), a voluntary transnational partnership that aims to reduce near-term global warming and improve air quality through action on short-lived climate-forcing pollutants.

ClimPol conducts research in support of transformations towards more integrated policymaking on climate change and air quality. It focuses on a range of issues relating to air quality in urban areas and explores the connections between air pollution, climate change, and mobility. The research team also fosters greater awareness of these issues by establishing dialogues among policymakers, civil society actors, and the scientific community.

SusKat aims to reduce air pollution levels in Nepal by improving scientific understanding, identifying effective measures, and raising awareness of the problem and its solutions among policymakers and the general public. Now in its third phase, the project is currently focused on capacity building and stakeholder engagement to support the implementation of the most promising mitigation measures. 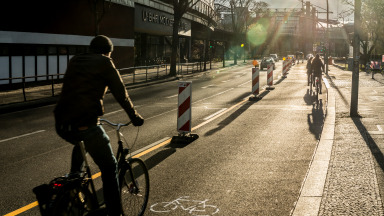 In the course of the pandemic many European cities seized the opportunity to accelerate the transition towards more sustainable urban mobility. Moving with the times, planners in Berlin created a number of pop-up bike lanes. IASS researchers have examined the impact of these innovations during the initial phase of the pandemic. Their findings show that the bike lanes are widely accepted and have encouraged cycling uptake. In addition, cyclists’ exposure to nitrogen dioxide decreased with the creation of the bike lanes. 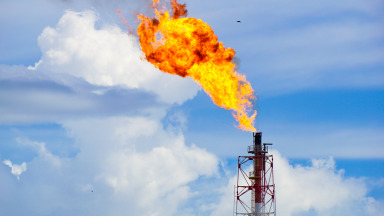 Methane emissions have been increasing rapidly in recent years, contributing significantly to global warming. Despite this, methane is not adequately treated within existing national and international governance frameworks. Researchers at the Institute for Advanced Sustainability Studies (IASS) in Potsdam highlight the urgent need for action in a new study. 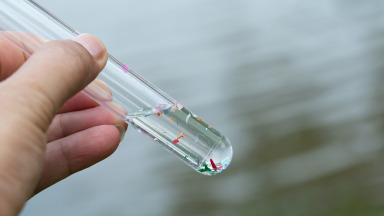 A new study by an international team of researchers finds that the atmosphere is a significant source of plastic pollution in water bodies.