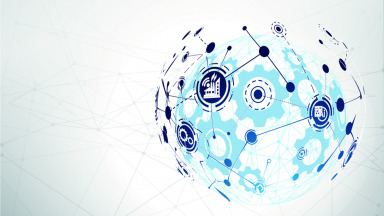 The ninth United Nations Sustainable Development Goal aims to promote inclusive and sustainable industrialisation. Digitalisation is expected to influence market access and the positioning of companies within sustainable value chains. Individual countries or sectors that are slower to adopt digital technologies risk being left behind in this transformation. A new study offers insights into the uneven uptake of digital technologies and its implications. 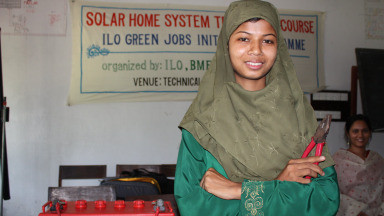 Many developing countries have made their nationally determined climate contributions submitted under the Paris Agreement conditional on receiving climate finance, technology transfer, and capacity building support. However, developed countries have so far failed to deliver tech transfer to the extent promised. According to a new study, public-private partnerships and other energy initiatives can only partially make up for this shortfall. While their role in supporting the growth of low-carbon energy systems in the Global South is proving crucial, their contribution in terms of technology transfer is insufficient. 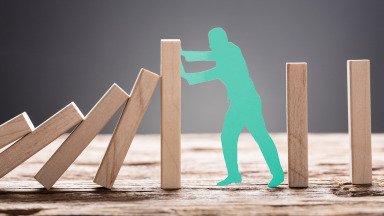 Ambitious efforts to advance the clean-energy transition are not only good for the climate, but also pay off economically. According to a new study by the IASS, late decarbonizers are likely to face increasing risks to economic stability and industrial competitiveness. Furthermore, uneven decarbonization between countries could foster international tensions in coming years. 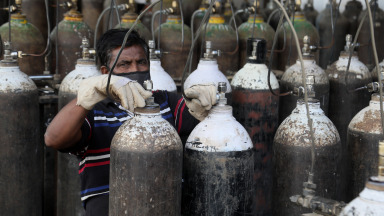 The coronavirus pandemic has disrupted efforts to achieve the United Nations Sustainable Development Goals (SDGs) and in some cases stalled progress decades in the making. The pandemic has revealed social inequalities and widened the gulf between countries. In a new study published by the IASS a team of Alexander von Humboldt Climate Protection Fellows analyses the effects of the pandemic on climate mitigation and sustainable development in the Global South.

As governments across the world decarbonize their economies, the shift toward clean energy is highlighting new geopolitical tensions, supply chain vulnerabilities, and sustainability challenges associated with raw material extraction. With electrification as the main pathway to achieving decarbonization, one key technology—the battery—plays an outsize role in this shift. As the lithium-ion battery is currently the dominant technology for electric vehicles and stationary energy storage, exponential growth in critical mineral mining is required to meet demand. The International Energy Agency projects that the metals industry would need to build 50 new lithium mines, 60 nickel mines, and 17 cobalt mines by 2030 to meet global demand in line with national emissions-reduction pledges.

Abundant energy resources in many parts of Africa position the continent as a potential location for the production and export of climate-friendly hydrogen, either based on renewable electricity (green hydrogen) or natural gas in combination with carbon capture and storage technologies (blue hydrogen). Green hydrogen is produced via electrolysis by splitting water molecules into their component parts using renewable electricity, while blue hydrogen is produced by splitting natural gas into hydrogen and CO2 – after which the CO2 needs to be captured and stored.

The EU's pending Batteries Regulation is an ambitious framework to impose strict sustainability standards on the technology most important to electrification. To secure access to the lucrative EU market, global battery manufacturers will need to clean up their supply chains. US policymakers should take heed.

The Covid-19 pandemic gives us a glimpse of what climate change has in store for us concerning our globalized economic system. More research is needed to help us better understand these complex interconnections and to translate such insights into instruments to support decision-making.

On November 17, the European Commission proposed a regulation on deforestation-free products. This initiative is groundbreaking in that it tackles legal deforestation next to illegal. What does this legislative proposal mean for commodity-producing countries? In the case of Brazil, effective regulations will depend on a combination of trade, financial, technological, and cooperative measures.

The vital role of electrification in emergency response has become strikingly clear during the ongoing Covid-19 pandemic. Electricity is indispensable for the effective operation of healthcare facilities and the provision of health services, the timely diffusion of information, and undisrupted communications at a time when social isolation measures are in place. Access to electrification also makes it easier to carry out important household activities and follow essential hygiene recommendations. The pandemic has therefore served as a reminder of the vulnerability of the 860 million people who have no access to electricity, most of whom live in sub-Saharan Africa.

In the upcoming days Japan will hosts its first ever G20 Summit. As the main contributers to global warming, the G20 states agreed 2009 on a phase out plan of fossil fuel subsidies. Ten years later the failure of the G20 to act on global warming is evident: around $63.9 billion was spent by G20 countries this year to develop coal industries in the global south.

The Group of Twenty (G20), a federation of the most important industrialised and emerging countries, is a crucial forum for initiating a clean-energy transition at the global level. Its member states account for nearly 80 per cent of the world's energy demand and more than 80 per cent of global CO2 emissions. The G20 brings together key players in international energy markets and international institutions along with major energy exporters. According to the International Renewable Energy Agency (IRENA), a concerted effort on the part of G20 nations could increase the global share of renewable energy sources to 44 percent by 2030.

But a successful move away from fossil fuels remains to be seen, not only in the US, where President Trump intends to withdraw from the Paris Agreement, but also among the other G20 members. Indeed, 82% of the primary energy in G20 states is still fossil-based. Since assuming the G20 presidency, in 2019, Japan has been pushing for renewed sustainable energy efforts in the G20.

Without China, little can change in Africa. This is why Germany should work closely with Beijing on the issue of investments in climate-friendly infrastructure in Africa.

Following the USA’s announcement of its withdrawal from the Paris climate agreement, the international community is facing the first serious crisis of global climate policy since the breakthrough in 2015. Initially, this may not have much impact on reducing emissions in the USA itself.

Initiating a new partnership with Africa was a key priority of the German G20 Presidency and one of the topics on the agenda at the G20 Summit in Hamburg last weekend.

The 2017 G20 summit takes place in the country that has won international recognition for its “Energiewende” – a fundamental transformation of its energy system. This provides an important window of opportunity for strengthening the G20 agenda on sustainable energy. The world’s overall energy supply is still heavily dependent on fossil fuels, which undermines climate protection objectives and the resilience of financial markets.

On 4 and 5 September the next G20 Summit will take place in Hangzhou, China. While the G20 was initially created as a forum for discussion and collaboration to prevent financial crises, in the last several years the promotion of a sustainable energy supply has been added to the agenda. Some important first steps have already been made, but they are far from sufficient to bring about a global energy transition.